It is the end of the year, and the shortest of days. Not something to crow about. I recently watched the two juvenile Ravens that hatched in Lincoln Park this past summer, calling incessantly, and following each other devotedly, as they have for the past six months.

The change of seasons that we know so well is new to them – I wonder what they think when it’s dark at 4:20.

Lincoln Park has not seen juvenile Ravens in decades. Their recent appearance in Seattle is due to the combination of a persistent species living in nearby wilderness and the attractiveness of a newly maturing  city forest. It has taken that long since Seattle was logged off, a hundred years ago, for a few of our protected park lands to get back to a mature state.

Let’s make sure it stays that way. And that it grows, just as our days will surely lengthen.

More pictures of the Raven Family at Lincoln Park: 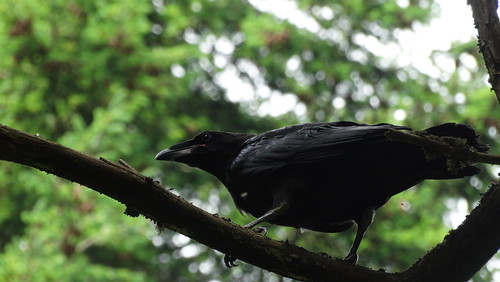